the ipod that stopped the war

I guess before reading this post I will warn you it is random and sort of out of left field…it is not that this will surprise those of you who know me, but I felt the need to admit that this post is a rant as much as a parcel of mind-blowing, life changing information.

Recently, I spent just under 15 hours in my work truck alone and bitter. At my job I deliver medical supplies also called DME. This particular day I was on call and we were short 2 other employees thus I was working overtime. Already I was tired from work and stressed for various reasons. Full disclosure prevents me from ignoring the fact that I am lazy at heart, don’t care for my job, and feel every moment I spend working for someone else is a waste.

I found myself in a less than happy mood. Normally while working I try to have an audio book loaded on my ipod to help fill the emptiness in the truck, but to my horror the current book I was listening to ended well before lunchtime. (for those wondering what book it was: “Horns” by Joe Hill and it is highly recommended)

On my ipod I have roughly 5,000 songs, and I love music, but sometimes it is good to hear someones voice talking rather than singing. Also, there are many bands and songs I enjoy, but wouldn’t want to hear every day or every couple of days. Even the best band in the world (Faith No More) does not get played by me every day. But, I had little choice because I also am not a big fan of today’s brand of dismal am/fm radio. In order to keep this document under 100,000 words I won’t get into the reasons and thoughts on my radio preferences, but I am sure you educated folk born with a modicum of common sense agree on many points.

So, you ask, how did the ipod save my life and stop the war as my tantalizing title suggests?

Grumpy, helpless, and cold I turned my ipod on shuffle. Normally there is a certain mood I am in, and I will play a playlist that reflects that mood: rock, mellow, hip-hop, funky, comedy, classical/soundtrack, or maybe just the playlist that contains music made by my wife, my friends, or me. Since I was so angry and tired I wasn’t sure what could possibly be the right tune for the moment. Pressing play on the 5,000 songs I wasn’t hopeful that the ipod had what it took to help me regain my sanity.

After a half-hour though I knew my ipod had my back as it picked out tune after tune that instantly felt perfect for the moment. I could probably promote 50 bands and albums that I like, but this isn’t the forum or purpose of this post. Surly I can admit I heard some rock tunes from Helmet, some world music from Pink Martini, and some of the most original hip hop from Finless Brown, but the songs aren’t the story here necessarily. The story, as I see it, was in the way the songs morphed together into one long song. How they all stood out individually while simultaneously serving the greater good and sounding seamless with each other.

I ask, “How can a man stay tired, mad, and uncaring during such a perfect moment of clarity?”

Personal experience tells me that man cannot remain ignorant to the power wielded by the music. Not only can he remain unaffected, but he can become inspired, renewed, and rejoice in its glory as well. And I did rejoice fellow readers. My steering wheel became a monstrous drum kit, my lungs filled with air previously exhaled by Robert Plant, and the world outside the windshield darkened into 1,000 screaming fans at the world famous Cleveland Agora.

As the hours passed however, I became increasingly worried because I knew at any moment the magic could be swept away by one simple misstep by my ipod. What if it followed the intricate beauty of Russian Circles with a clunky lo-fi cover of an old Sesame Street song (Did I mention my ipod is really random?) Each song became an unbelievable challenge, and after listening to over 100 songs I found myself pulling down my street as one of my favorite songs of all time came to a close.

I pulled up to a stop sign just two doors down from my house and wondered if i should stop the ipod right then and there and leave the streak as perfect as could be. Could I push it one more song? Even if it was good I would only hear 20 seconds of it as I made my way home. Wouldn’t that be disappointing in its own way?

Tired, drained in fact, I decided to let it ride, and waited for a sign to confirm the streak was purposeful and not just a random event. I needed some sort of proof that I had been given the magical musical tour to aid me in my long lonely journey. Once again, my ipod, came through and capped the incredible day by picking out the shortest song I have out of the whole 5,000 tunes. It was “Minimum Wage” by They Might Be Giants.

Curious at how long the streak could go, I considered pulling passed my driveway and continuing on the open road. I began a vow that as long as the music was there for me I would be there for it. Still with over 4,850 songs left to explore there was no telling how far I could go, and what adventures I could take on.

Instead, I turned into the driveway, lured by the silhouette of my wife in the kitchen window, and turned the truck off just as the last key-note rung out on the song. For those who observed me through my truck windows performing to a crowd of none on that fateful day, thank you and you’re welcome.

Posted in this guy! | 2 Comments

also posted on domaincleveland.net a great sight for music, movie, art, food, news. remember I am just a schmuck who likes writing a lot and these are just my random opinions. so take them at face value, and don’t take it too seriously if you don’t agree with everything i say…but feel free to email me and tell me i am wrong 🙂

A solid album that will turn on many new fans and leave other fans scratching their heads, Mines, is the latest collection of tunes from Menomena. It’s not that this album is radically different than previous offerings from the band musically, but the tone of the album is much darker and deeper.

The opening track, “Queen Black Acid” begins slowly with a simple guitar riff and key patch building towards an “Animal Collective” type hook. Bassist/vocalist Justin Harris sings, “I made myself an open book. I made myself a sitting duck.” with heavy reverb on his vocals as a guitar feeds-back.

Hand claps, piano, and a fuzzy bassline are an undertow of sound as the refrain of, “Dirty Cartoons” repeats creating a hypnotizing atmosphere.

“Tithe” is a signature song from Drummer/Vocalist Danny Siem who has loads of classic lyrics and vocal patterns on this disc. “Someone retired on a percentage of the Tithe that paved these roads. They lead to nowhere, but they’re still grid locked. Made of Solomons pure gold.” The song which begins with a chorus of bells ends mid-word/mid sentence.

Very rarely can a band sustain three vocalists sharing the spotlight, but Menomena seem to seemingly play off each others talents song to song. They create wonderful melodies, multiple vocal patterns at once, and never seem to step on each others toes.

Compared to previous albums it appears Menomena stepped up their game as far as engineering and production quality. This album however does seem to be missing some of the experimental innocence of previous Menomena discs as if they have built some guide posts to stick to this time around rather than the wide open palates fans have grown used to.

What could be the catchiest sing-along chorus of 2010, “Five Little Rooms” is one of the few songs to have saxophone featured prominently in the mix. I can’t pretend to understand what the lyrics are talking about in the song, but I can admit that every time I listen to this song I sing, “All this could be yours someday” embarrassingly loud, and I encourage you to do the same. Not that you will have a choice as like I said its as catchy a hook as you can have.

Brent Knopf who plays piano, guitar and more for Menomena shines on “Sleeping Beauty” with his effects laden voice playing off the groove so well I almost want to raise my lighter…but since I don’t smoke and I am at home alone I will just raise this cranberry ginger ale to my lips. I would’ve preferred to hear more of Brent’s vocals on the disc, and I wonder if there is a reason he is not used as much.

The song “TOAS” seems to stick out from the bunch as a loud, clunky, New York City club scene song that is a great song, but doesn’t fit the vibe of the rest of the album.

Overall, this album is full of beautiful, fun, eye-opening, creative, soul-bearing, thoughtful musical moments, and I recommend it highly. Though, as I stated earlier, go into the album with an open mind and forget everything you know about Menomena previously.

my name is douglas esper…i am an author and musician from cleveland, ohio. i started this blog in an attempt to shed light on not only what i am doing with my writing and music, but also to promote authors, artists, and musicians i enjoy. I hope to conduct interviews, promote art openings and music events that i think you might find cool…i am not very good in the grammar and spelling departments so please bare with me…or if it bothers you that much just walk away…i am not here to impress you with my smarts or my big words. i promise not to overwhelm the readers of this blog with high volumes of posts mostly because i am too lazy for a high volume. i encourage communication from you with suggestions on what you’d like to read/see here, and hope this evolves as we go on together into an entertaining forum for us to enjoy.

for those that don’t know i self published a picture book titled, “sammy’s birthday surprise” last year and i will be releasing the follow up in early 2011 called, “sammy’s new neighbor”

also, i have written 2 novels and have spent 2010 editing the first one i plan to release called, “a life of inches” i am currently searching for some editing/proofreading help, so if you or someone you know works cheap drop me a line!

ok i know this hasn’t been the most exciting blog post ever, but i encourage you to spread the word to family and friends about our little home here and lets grow this blog together, ok? 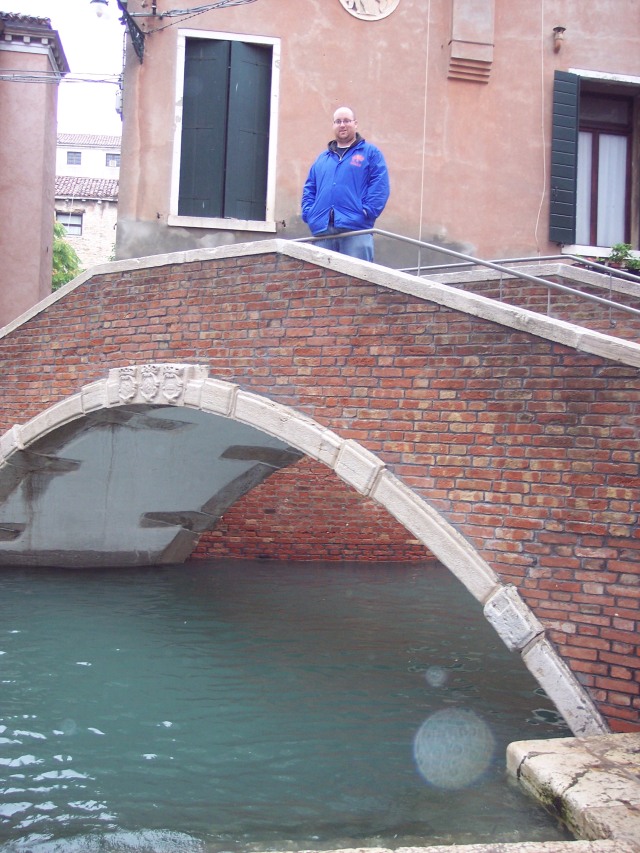